Born in Birmingham, West Midlands, England, on 27 March 1995, Demi Rose Mawby (aka Demi Rose) was the daughter of Barry Mawby and Christine Mawby, who was an ex-NHS wheelchair advisor. Demi Rose is British by nationality and British-Columbian by ethnicity and she has a younger sister. Demi Rose grew up in the small, sleepy town of Sutton Coldfield in Britain in a middle-class household. Her father worked as a bank manager.

As a child, Demi Rose loved playing with her pet cat, Raggles and her white Samoyed dog, Leo and she loved cooking. Demi Rose attended the New Oscott Primary School and later, she completed her higher education at the John Willmott School. Demi Rose went to college at Walsall College, where she studied Spanish and did a course in beauty therapy. She then moved to the U.S. and currently, Demi Rose lives in Miami, Florida. Demi Rose’s father passed away at the age of 80 on 3 October 2018 and her mother passed away 8 months after her father, at the age of 63. 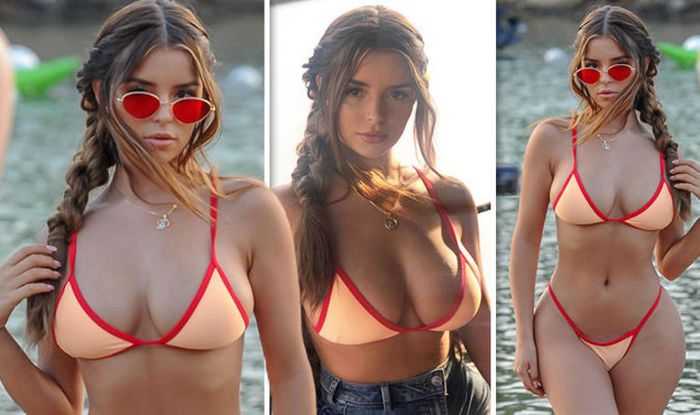 Even as a child, Demi Rose always dreamed of being a model and she loved posing in front of the camera. But as a child, she was bullied because of her curvy body and was afraid that her dream of becoming a top model would not be fulfilled because of her short height of 5’2”. While she was still in school, Demi Rose started posting pictures of herself on an account she created on the social media platform, MySpace.

When Demi Rose was 18 years old, she started posting her selfies on Instagram and soon caught the attention of the media. Her followers on Instagram rose, catapulting her to fame, making her a social media sensation. Demi Rose’s Instagram pictures caught the attention of Taz’s Angels, an American publicity group and soon, Demi Rose signed a contract with them and started working for them. She did photo shoots all around the world.

Demi Rose worked with Taz’s Angels until 2015, after which she left the group and submitted an application to another modeling agency, who contacted her in just 24 hours. Demi Rose appeared in many high-end magazines such as FHM, Zoo, Nuts, and many more. Apart from modeling, the gorgeous Demi Rose has featured in many music videos and has made appearances with famous celebrities such as DJ Khaled and Chris Brown.

Demi Rose also tried her hand at DJ-ing as a career for a while, and she was named as the Hottest New Girl on the Planet by Zoo magazine in 2014. She has also been called the “sexiest DJ” by several media channels. In 2016, she released a mixtape called Ritmos Del Sueno. Demi Rose also has a SoundCloud account where she features her music remixes.  It is estimated that Demi Rose’s net worth is around $2 million.

To maintain her hour-glass figure and to keep fit, Demi Rose has hired the personal trainer, James Valentine, who is a renowned professional fitness trainer. James also is a personal trainer for Anthony Joshua – the boxer, and Cristiano Ronaldo – the famous soccer player.

Demi Rose reportedly dated the rapper Tyga (Michael Ray Stevenson), who once dated Kylie Jenner, the famous model, business mogul and star of the Keeping Up with the Kardashians. Demi Rose and Tyga were captured on camera when the duo arrived together to a party at the Gotha Night Club at Cannes. The relationship caused quite a media storm, but it soon ended and Tyga returned to Kylie Jenner.

In 2017, Demi Rose briefly dated DJ Tom Zanetti. She then started dating DJ Chris Martinez. The rumors about Demi Rose and DJ Chris sparked off when the couple was spotted together in December 2018, and later Demi Rose posted photographs on her Insta account. 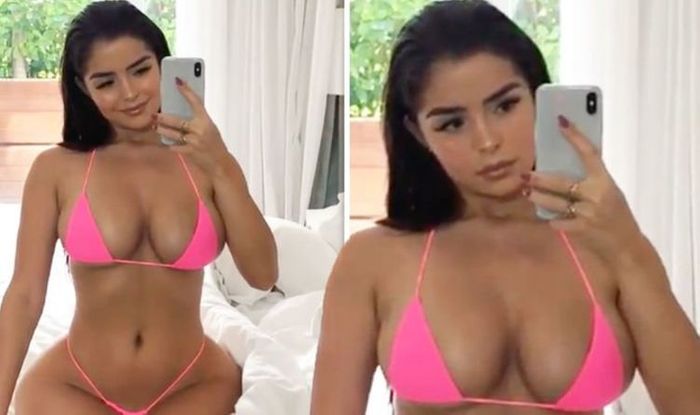 At the start of her career as a model, Demi Rose signed up with Taz’s Angels, an American publicity group based in Miami. Taz’s Angels was a controversial group owned by Michael Williams, also known as Taz. The company employed women who were very popular on Instagram. These women lived in a mansion owned by Taz, who taught them everything about modeling and helped them achieve their modeling dreams. The women also made appearances in publicity gigs and clubs. Taz’s Angels became embroiled in many controversies after they were suspected of supplying escorts and promoting prostitution. In 2016, the group was investigated by the FBI for prostitution.

For several years now, Demi Rose has been accused of enhancing her body and is rumored to have undergone procedures to enhance her breasts and buttocks. However, the model has denied all such allegations. On her 24th Birthday, Demi Rose was accused of cultural appropriation, when she dressed as Cleopatra for a party.

Demi Rose became popular and rose to stardom as a social media celebrity because of the stunning selfies that she posted of herself on her Instagram account. Today, Demi Rose has an Instagram following of around 9.2 million and she has around 930 posts. Demi Rose is also very active on Twitter and has over 558k followers and over 13k tweets.