DJ Akademiks, a Jamaican-American celebrity, is not known for his musical skills as his name suggests, but for his ability to dish out the hottest gossip in the hip-hop scene. However, he did start as a DJ. He moved from Jamaica to the United States when he was 10 years old and took a long time to get accustomed to the new culture. He would mostly hang out with a group of Jamaican friends and music was his only solace. He then enrolled at Rutgers University in New York, where he got a degree in Biomathematics.

Until 2013, Akademiks would play tunes on the radio station at Rutgers University every Saturday for two hours. He managed to get a few gigs outside of college and started posting videos on Youtube. After pursuing this interest for some time, he figured that he wasn’t going to get anywhere because he didn’t have enough contacts and networking skills. By this point, Akademiks also realized that he enjoyed sharing his opinion, so he started a website called Late Night Creep. He wanted to make it the first website that people would go to when they craved inside information about their favorite hip-hop artists. 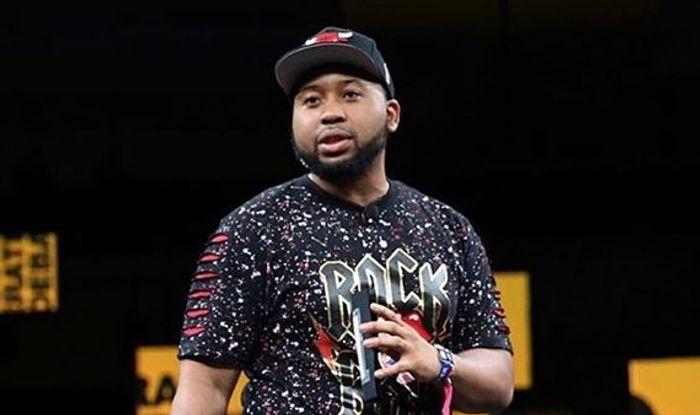 DJ Akademiks came into his own when he launched his YouTube channel, previously known as LateNightCreepVids. He began uploading reviews of albums, as well as his own opinions about issues like the Chris Brown arrests. He didn’t think of his channel as a provider of news in the traditional journalistic sense, but more as a brand that was so dedicated to the hip-hop scene that it was willing to fish out all kinds details for its fans.

He says that his information comes via tips provided by fans and that they come to him before going to aggregators like World Star Hip Hop or a site like TMZ, which covers all parts of the entertainment industry.
In 2015, his popularity went through the roof when he began uploading incidents that occurred at the Summer Jam music festival, which led to 61 people getting arrested and 10 police officers sustaining injuries.

DJ Akademiks is also one of the hosts on Everyday Struggle, an online talk show about the hip-hop scene in which the topics of discussion range from rumors about Janet Jackson’s divorce to the greatest rapper of all time. Akademiks brings in the humorous element, while Nadeska Alexis is quite calm and composed and Joe Budden is always furious about something. The show is fairly popular, with almost 65,000 followers on Twitter and episode views on YouTube ranging from 100,000 to 3.6 million.

Dj Akademiks has a YouTube channel dedicated to gun violence in Chicago. The channel provides details about arrests, deaths and the politics surrounding the issue. He uses his trademark satirical commentary that people have now begun expecting from his videos. Even though he uses humor, he intends to point out to his followers that violence is not fashionable or exciting. Akademiks says that many of his fans think violence is cool and he wishes to break that stereotype. However, American rapper Vic Mensa accused Akademiks of sensationalizing the violence and creating a fan following by trivializing it. Akademiks tried to counter that by saying that he was merely trying to offer a different perspective. Still, he was shut down by Mensa, who called him an “Internet gangster” with no idea about the reality of the situation.

In 2018 DJ Akademiks was embroiled in a major controversy when he was accused of providing federal agents with information that would help them convict Daniel Hernandez, more popularly known as the rapper Tekashi 6ix9ine. At the time, Hernandez was facing serious charges, including racketeering and armed robbery.
The rapper Mysonne also made a few Instagram posts where he called DJ Akademiks a scavenger and a snitch. Radio personality Charlemagne Tha God had warned Takeshi 6ix9ine not to get too close to DJ Akademiks but Takeshi ignored his concerns, saying that Akademiks was a good friend.

A website called Hip Hop Overload claimed that the police had threatened Akademiks with obstruction of justice, which carries a 5-year prison sentence if he didn’t hand over the necessary information. DJ Akademiks allegedly decided to turn on his friend. However, TMZ reported that DJ Akademiks categorically denied these allegations. He said that he has never had any connection with the criminal case and thinks all the defendants are good people.

Moreover, he said that the charges being leveled against him were shocking because the police had never questioned him about the case in the first place. It was also revealed that Scott Leemon, the lawyer of Tekashi 6ix9ine’s former manager and the alleged source of the rumor, said he never gave any interviews regarding the matter. 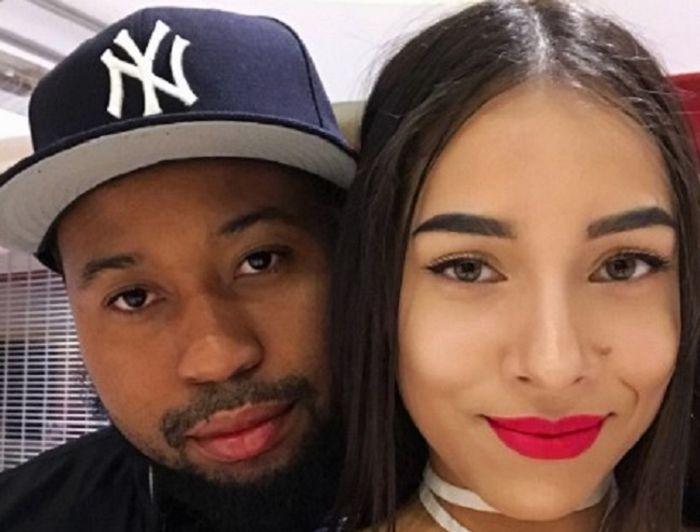 DJ Akademiks was dating Angelica Ggx, a model and Instagram celebrity. In December 2018, Angelica posted a video saying she broke up with Akademiks because he was mentally and physically abusive. She alleged that he was a womanizer who would get girls drunk in order to seduce them and didn’t even bother to have safe sex. She claimed that while she was a model girlfriend, Akademiks wouldn’t even pick her up from the hospital and chose to sit at home playing video games instead. Instagram star Celina Powell also accused Akademiks of getting Angelica pregnant.

After Angelica posted her video, she and Akademiks appeared in a joint Twitch stream where things got heated and Akademiks accused her of being a “clout chaser,” i.e., someone who latches onto celebrities in order to get famous. A few days after this, Akademiks was streaming live on Instagram, where he told viewers that Angelica had been arrested for trying to attack him.

He let the audience have a close look at his apartment, where doors had been broken and knife marks could be seen on the wall. Later on, viewers can also hear Akademiks addressing police officers, saying that it wasn’t his intention to get Angelica arrested but he was helpless when she attacked him with the knives. He ended the stream by promising to get a restraining order against her.

While most of DJ Akademiks’ tips come from fans, he does have a sense of what is ethical and what isn’t. He says that three things decide whether the content goes on air — it should be suitable for the target audience, the facts need to be relevant to the discussion, and all the necessary facts need to be gathered before proceeding.

Many people look up to DJ Akademiks and his game plan for success is quite simple. He says that his focus is always on the journey towards the goal and not the goal itself. People might give up if they feel that it’s taking too long or the task at hand is too difficult, but the trick is to stick with it. He believes in the Law of Attraction, a philosophy which states that all our thoughts end up becoming reality at some point. If we think positive thoughts, we will attract positive experiences.

He also lives by the motto, “Hard work beats talent when talent doesn’t work hard.” The phrase was coined by high school basketball coach Tim Notke and popularised by Kevin Durant. DJ Akademiks has a penchant for stirring up trouble and it has held him in good stead. With 1.2 million Twitter followers and 2.2 million YouTube subscribers, DJ Akademiks is showing no signs of slowing down.