Erin McGathy is a 34-year-old American comedian, podcast host, and artist who is best known for her participation in “Harmontown,” and “This Feels Terrible,” as well as being a co-host on the “Human Conversation” podcast, where she partners with Wayne Federman.

She used to be married to writer, producer, and actor Don Harmon, who is a co-creator of the popular “Rick and Morty” animated series.

If you want to find out more about Erin McGathy, what her net worth is, and what her whereabouts are in 2020, read on. 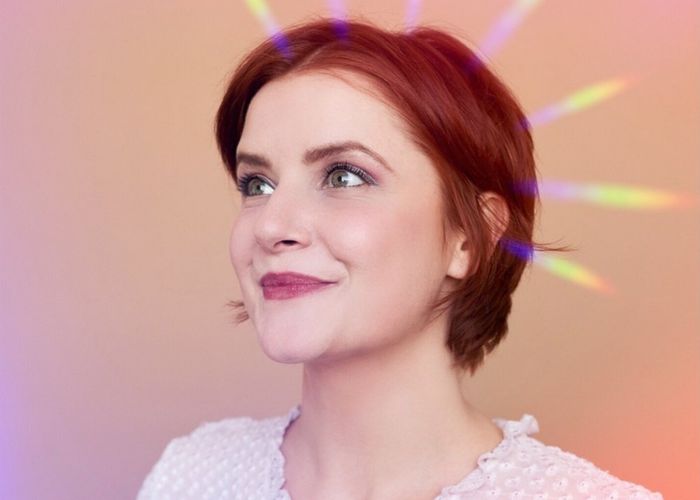 Erin McGathy was born on December 5th, 1985 in Japan, where her father was a preacher. The family moved to San Diego, California, where young Erin went to high school and grew up.

While she was in high school, McGathy joined the Upright Citizens Brigade, a comedy improvisational and sketch group from Chicago. Erin started performing her solo improvisational comedy shows in the group’s theater in 2007 when she was 22 years old.

Eventually, the young comedian began working on her own projects.

She debuted with her solo comedy show “This Feels Terrible” at the Upright Citizen Brigade Theater in 2010.

This one-man-show led to the creation of a podcast under the same name, where she invited numerous other comedians to talk about their relationships. She had famous guests like Dan Harmon, Rob Schrab, Marc Maron and Wayne Federman on her “This Feels Terrible” podcast.

Gradually, she began collaborating with these and other comedians and started appearing as a guest on other podcasts as well.

She got a guest role in Dan Harmon’s “Community” TV series as well.

Her work on Harmontown and other big projects

After inviting Don Harmon to her podcast and starting to collaborate with him, Erin McGathy began appearing on the “Harmontown” podcast as a regular guest. The podcast was already very popular thanks to the other shows created by Harmon, including “Rick and Morty” and “Community.”

The other regular host of the “Harmontown” podcast is Jeff B. Davis.

The show has had numerous famous guests over the years and a special Dungeons & Dragons session at the end of each episode which featured McGathy on a regular basis.

In 2014, the comedian appeared as a guest on the “Drunk History” TV series.

In 2015, she became a co-host of “Human Conversation.” This was another popular podcast, which she co-hosted with Wane Federman. The show consisted of the two comedians discussing various topics, without the aid of modern technology. The show though ended by the end of 2015.

Since the late 2000s, McGathy has landed guest roles in TV series including “Kitten vs. Newborn,” “UCB Comedy Originals,” “Skateboard Cop,” “Kill the Baby,” “Community,” and “HarmonQuest,” as well as in several short films and videos.

Just a year later, though, the couple announced that they are getting a divorce. There have been no details regarding their split.

Since their divorce, Erin has no longer been a regular at the “Harmontown” podcast.

Daniel James Harmon was born on January 3rd, 1973, and is a popular actor, comedian, producer, and writer. He first became popular with his “Community” sitcom which aired on NBC.

Later on, he co-created the acclaimed animated series “Rick and Morty.”

Harmon is also a founder of the Channel 101 TV network. He published a book titled “You’ll Be Perfect When You’re Dead” in 2013. He also hosts his renowned weekly podcast, “Harmontown.”

Through the years, Harmon has been involved in several controversies, including misconduct to writer Megan Ganz, who had rejected his advances and was mistreated by him. He ended up making a public apology to the author on his podcast.

Harmon has admitted that he found out that he may be suffering from a form of Asperger’s while writing the role of Abed for the “Community” TV series.

After divorcing McGathy in 2015, he started a relationship with Cody Heller, and the two are no engaged to be married.

McGathy has an estimated net worth of more than $5 million, which he has earned from her successful acting and podcast hosting career, as well as from her brief marriage to Dan Harmon from 2014 to 2015.

With her talent and numerous endeavors, it is highly likely, that her income will continue increasing in the future.

After divorcing Dan Harmon, Erin McGathy moved to Dublin, Ireland, and doesn’t seem to have so many projects going on as previously.

Still, the talented comedian is active on Twitter and Instagram, which allows her thousands of followers and fans can get a glimpse of her whereabouts and recent projects and appearances on social media.

She has been posting about theatrical and stand-up comedy projects in Edinburgh, Ireland.

McGathy has also been actively participating in various events and festivals in Ireland.

Her social media posts have included photos of her and a new boyfriend, although no details regarding her latest love interest have been revealed yet.

Added to wishlistRemoved from wishlist 3