Born on December 20, 1972, Gallen is a former Playboy model, a fashion designer and a certified Iyengar Yoga instructor. She is better known as the former wife of Verne Troyer, the actor who is famous for playing “Mini-Me” in the Austin Powers movie series. There is no information about who Gallen’s parents are, but there are plenty of articles that suggest that she attended the Mensa School. She also has a degree in illustration/fashion design from College for Creative Studies, Detroit, Michigan and has certificates in anatomy, Iyengar Yoga, physiology and pranayama. 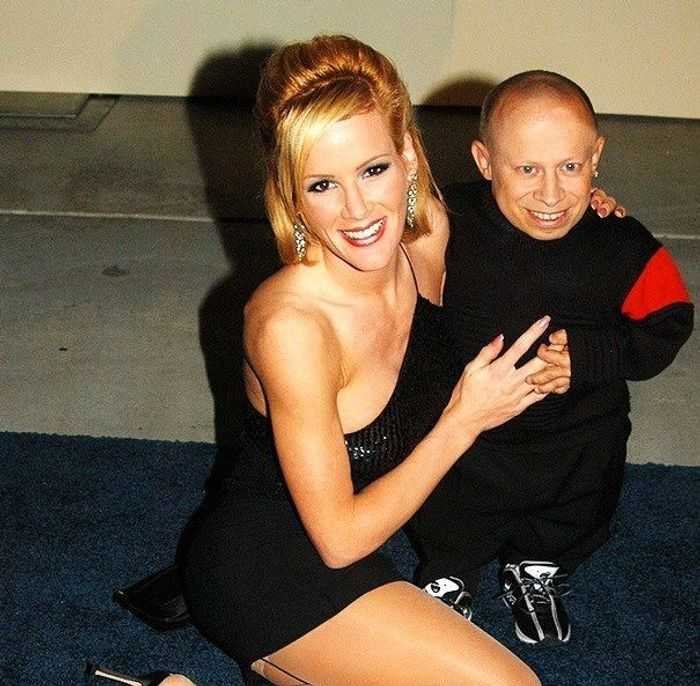 Gallen has dabbled in many professions but she kickstarted her career with modeling. It was one of her earliest assignments that landed her a gig with Playboy magazine and fame. She met the Spy Who Shagged Me star a New Year’s Eve party at the Playboy Mansion in Los Angeles and fell in love with him. The two had a steady relationship for 2 years before they decided to make it official and get married.

The marriage on January 22, 2004, at Beverly Hills courthouse created quite a stir, because of Vernon was 2ft 8inches tall, while she is a regular 5ft 6inches. But the couple was falling apart even before they got married because of Troyer’s huge drinking problem. She has said that Troyer could consume up to 12 pints of beer and a liter of vodka in a day which started affecting their daily lives. She also accused him of being a sex addict.

So it came as a shocker to most when the couple filed for divorce the very next day after the wedding. In later interviews, Gallen has said that Verne was the sweetest person when he was sober, but turned into a “monster” when he got drunk and even accused him of hitting her with a bottle of vodka in a rage.

The whole thing became a media circus with Vernon and his lawyer claiming that the couple never married and that Gallen was lying for financial gains. They separated, and the marriage eventually ended in 2009. Vernon died of alcohol poisoning in 2018.

Following her divorce, Gallen took a break from her modeling career and started concentrating on other things instead. There are no rumors or news about a new man in her life.

Gallen’s personal net worth, as estimated by a handful of websites is around $500,000. Apart from being a successful model, her other professions have also bolstered her income. Apart from this, her basic earnings from her being a Yoga instructor comes to about $60,000 annually. This could be more since she is a celebrity instructor. There were talks of her making a comeback as a model but there is no news about that yet.