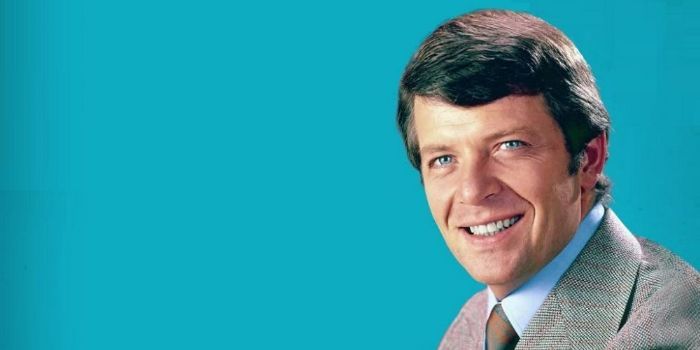 Robert Reed began his career in the early 1960s, but the American actor shot to fame with his portrayal of the archetypal family man in “The Brady Bunch” that started running on air in 1969. Reed had a long and impressive run with the show, during which he became a household name across the United States. Other than the popular sitcom, he acted in a large number of television shows and miniseries, even coming back to reprise his portrayal of Mike Brady in a number of rejigs of the show, before he died in 1992. Before moving on to the more specific details about Robert Reed’s early life, career, and personal life, let’s look at some of the basic facts about the yesteryear actor.

John Robert Rietz Jr., who later came to be known as Robert Reed, was born in the Highland Park suburb of Chicago, Illinois, on October 19, 1932. He was the only child of his parents John Robert Rietz Sr. and Helen Teaverbaugh. He spent the initial years of his like in Navasota, Texas, and Shawnee, Oklahoma, before moving to Muskogee, Oklahoma. Reed developed an active interest in performing on stage during his days in school and also worked as a radio announcer. After graduating in 1950, he went to study drama at Northwestern University, where he acted in several plays. He even studied abroad at the Royal Academy of Dramatic Art in London for a term during this phase of his life.

After coming back to the United States, Reed decided to pursue a career in the field of acting and went on to join an off-Broadway theatrical group called the Shakespearewrights. With the group, he played the lead role of Romeo in Romeo and Juliet and the leading role in A Midsummer Night’s Dream, two of Shakespeare’s premiere plays. He also joined the Studebaker Theatre company in Chicago after his tenure at Shakespearewrights. He also went on to make his Broadway debut when he took over the lead role in the Neil Simon comedy Barefoot in the Park in 1964. By this time, Reed had already made his presence felt on the small screen with the courtroom drama The Defenders in 1961. Keep reading for an in-depth look into Reed’s career trajectory!

In 1959, Robert Reed made his first appearance as a guest star on Father Knows Best, after which he went on to Men into Space and Lawman and a credited film appearance with Bloodlust!. This was followed by his appearance on The Defenders, where he played the role of Kenneth Preston. The show was a big hit, even going on to win a total of 22 Primetime Emmy Award nominations during the time that it was running. He stayed on with the show till it ended in 1965 while taking on guest appearances in shows like Ironsides at the same time. During this time, Reed became a member of the Actors Studio in New York and remained so for another 30 years.

This was also the time when Reed replaced Robert Redford as Paul Bratter in Neil Simon’s Barefoot in the Park on Broadway. He went on to bag the role of Mike Brady on The Brady Bunch, but we will go into more detail about that at a later stage. He also appeared on the detective drama Mannix between 1969 and 1975, followed by a bunch of miniseries including Rich Man, Poor Man (1976), Scruples (1980) and many guest appearances on the screen with Fantasy Island, Hunter, The Love Boat and Murder, She Wrote. He took on the lead role of Dr. Adam Rose on Nurse in 1981. However, it was canceled just the next year. Reed also played a part in the daytime soap opera Search for Tomorrow in 1986. Reed did some spectacular work during the years that he was active, receiving Emmy nominations for Roots, Rich Man, Poor Man and his role as a transgender doctor in Medical Center.

Fame with “The Brady Bunch”

Reed’s role in Neil Simon’s Barefoot in the Park got him contracts with ABC and Paramount Pictures. While a role in the adaption of Barefoot in the Park did not work out for Reed, he was cast in a new series that was going to change the way he was perceived in the average American household for the years to come. The new show was going to be based on the life of a widowed man — to be played by Reed — who has three children and goes on to marry a widow, who also has three children from the time she was married before. According to the show’s creator Sherwood Schwartz, The Brady Bunch was going to portray the reality of all the houses that included children from past marriages.

The show went on to become an astounding success during the five years that it was on air, but Reed wasn’t too happy with the direction that the show had taken. He believed that the show had been turned into just a bunch of jokes, while it had the potential of growing into something more. He routinely made his views known to the creator, possibly even driving some changes in the show. However, despite all the creative differences — which reportedly kept Reed out from the finale episode — he did develop a great relationship with other people on the cast, including Florence Henderson, his wife on the show, and his TV children.

While he continued to work on other projects during this time, some of which are mentioned in an earlier section, Reed did come back to take on the role of his most widely known character Mike Brady many times after the show reached its conclusion. Some of these instances include The Brady Bunch Hour over the latter half of the 1970s, The Brady Girls Get Married in 1981, A Very Brady Christmas in 1988 and an episode of Day by Day called A Very Brady Episode in 1989. The last time he reprised his role of Mike Brady was in the 1990s for The Bradys.

Towards the end of his life, Reed was able to get more in touch with his acting roots and switched over to teaching. He also taught Shakespeare at the University of California, Los Angeles during this phase. On May 12, 1992, Reed died in Pasadena, California. He was only 59 years of age at this point, and his death was attributed to colon cancer. Later, however, it was revealed that the deterioration might have been faster as he had HIV. While many publications posted that it was because of AIDS, there hasn’t been enough proof that shows the incidence of AIDS. After his death, Reed is survived by his only child — daughter Karen Baldwin — from the time that he was married. Reed’s identity as a gay man forced him to lead a somewhat dual life during his career, which may have hastened his emotional distress.